Certified electronic health record (EHR) adoption by office-based physicians increased 6.6% from 2013 to 2014, according to statistics released by the National Center for Health Statistics (NCHS) at the Centers for Disease Control (CDC) and Prevention. Data from the 2014 National Electronic Health Records Survey show that EHR adoption increased from 67.5% in 2013 to 74.1% in 2014.

EHR adoption rates varied widely by state. While Alaska had the lowest adoption rate at 58.8%, Minnesota topped the list with a rate of 88.6%. Iowa, North Carolina, Oregon, South Dakota and Vermont also had statistically significant higher EHR adoption rates than the national average.

Percentage of office-based physicians who have a certified electronic health record system, by state: United States, 2014 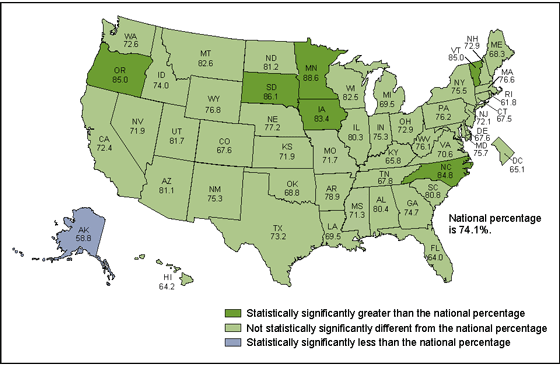 EHR vs. EMR: what’s the difference?

Less than a decade ago, nine out of ten doctors in the U.S. updated their patients’ records by hand and stored them in color-coded files....

The number of independent medical practices has decreased significantly in the past several years. Only 14% of U.S. physician practices were hospital-owned in 2012; that...